I’m really, really excited by the return of this wonderful paper! The Harman Direct Positive is what the Brownie In Motion Project has used almost exclusively to produce images with our room sized camera. Our paper supply has dwindled to almost nothing, so this announcement couldn’t have come at a better time!

Oh it’s a very, very good day. After over a year of it being out of production for various reasons, Ilford’s Harman Direct Positive fibre based paper is to make a return. Pinhole photographers the world over will be punching the air in delight.

As described, direct positive paper has been popular among many analogue photographers because of the way it produces a positive image using normal black & white developing procedure. This makes it perfect for people experimenting with large format and of course the ever popular pinhole photography craze. 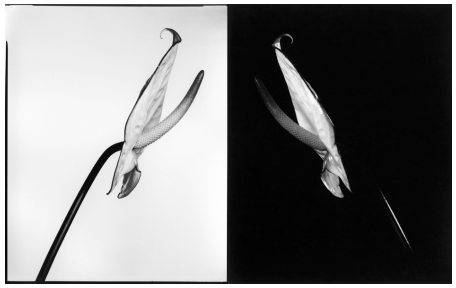 HARMAN DIRECT POSITIVE FB paper can also be successfully used in other applications such as direct exposure in large format cameras or by cutting small sheets for exposure in LOMO type cameras. Creative and unusual effects can be achieved when used to make photograms or perhaps substituted for standard photo paper when printing from…

Hello Readers! I wanted to let you know that we are now approaching the final hours of our fundraising effort for the Brownie In Motion project on Indiegogo. Please consider donating to the campaign at: https://www.indiegogo.com/projects/brownie-in-motion/contributions/new before midnight tonight! There are lots of great rewards available for backers, including limited edition prints, postcards, and even the chance to have the camera obscura travel to your town for a visit! Help us document disappearing trades across America with the world’s largest Brownie camera!

If you’d like to hear what Japan Camera Hunter has to say about the project, click this link!

Please take a look and support the work of Rachel Smith! Rachael’s project recently came to my attention when she donated to my indiegogo campaign, Brownie In Motion. Rachael is also in the midst of running a campaign to fund a creative project seeped in historical significance.  Normandy: A World Apart is a documentary film that seeks to preserve the stories of WWII veterans, 70 years after the D-Day invasion of Normandy.

There are 3-days left in her team’s campaign, please share their project and consider donating today!

The Tintype image was introduced in 1853 as a less expensive alternative to its predecessor, the wet plate collodion Ambrotype. Tintypes were originally made on a thin sheet of blackened copper that were sensitized to light and exposed in the camera to produce the beautiful one-of-a-kind images that became popular during the Civil War era. Though originally patented as the Ferrotypes or Malainotypes, they were commonly referred to as Tintypes due to the comparatively low cost of producing and purchasing images on thin metal plates.

During this two-day workshop, OCAC alum Stephen Takacs will introduce you to a contemporary dry plate variation of the tintype process that utilizes anodized aluminum plates sensitized with liquid photographic emulsion, rather than the wet plate collodion coated copper plates of the past. While the primary focus of the workshop is on exposing pre-coated plates in the camera, you will learn about contact printing from digital positives, dry plate darkroom chemistry, and techniques for coating, drying, exposing, and processing dry plate tintypes as you produce your own unique Dry Plate Tintypes.

I’d like to thank Agnes Burris for her generous contribution to Brownie In Motion!

Agnes, your support means so much! THANK YOU!

Agnes is an artist as well, please check out her website @ http://agnesburris.com/

Brownie In Motion was recently featured in Make! Check out this write up by Chris Pollock!

Thank you Cindy! I’m grateful for your contribution to the cause!

To support this project like Cindy did, please check out Brownie In Motion on  indiegogo: https://www.indiegogo.com/projects/brownie-in-motion/x/7179110

Have a great weekend!

See Brownie in Motion as it travels across central Ohio, then help bring the world’s largest Brownie camera across the US by donating to the campaign at:

We greatly appreciate your contribution to Brownie In Motion!

Thanks goes out to David Ryan for his awesome contribution to Brownie In Motion! 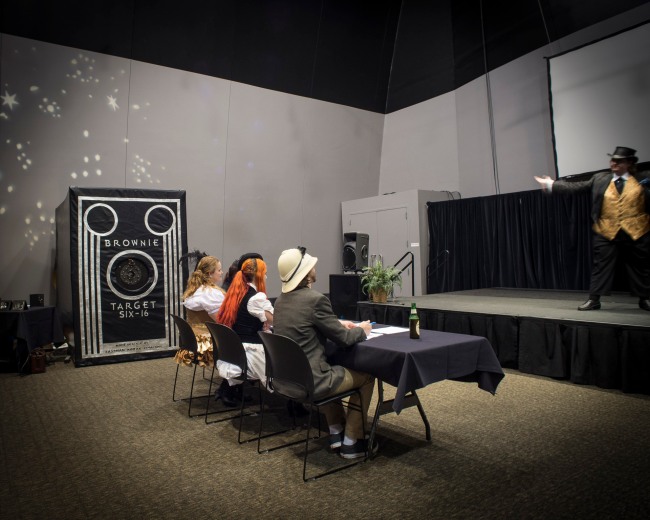 Heather G-O. and Family! I’m offering $25 off of tintype bookings at my studio until tomorrow with the coupon code: SBS2019. You can book via my bio link or by dm-ing directly! Happy Monday!

< Previous Next >
+ Add your own event Eventbrite